The Pros and Cons of Fan Translation 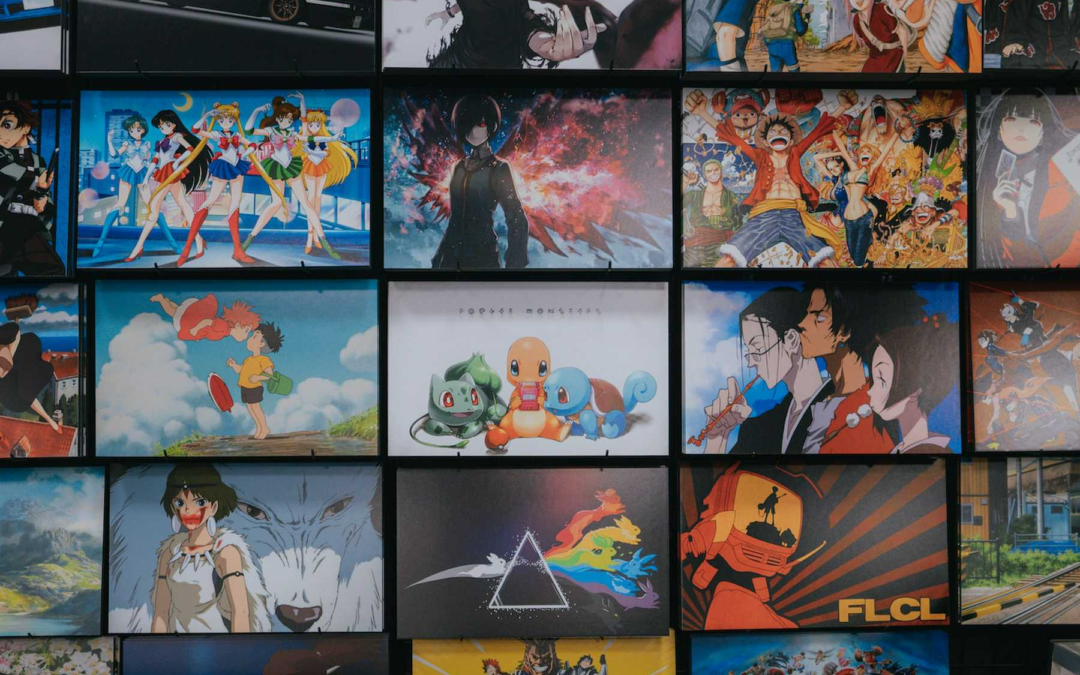 What is Fan Translation?

Fan translation refers to a “fan” (someone not employed by the actual copyright holder) making their own translation of a given work: video games, webtoons, movies, books, and more are all ripe for fan translations.

Fan translations may be private in nature, or the translator may make them widely available to the public. For private translations, there’s really nothing that can (or should) be done, but for those, for example, fan localization webtoons, that make it out into the world, there are plenty of pros and cons.

So, should you turn a blind eye to fan translations of your products? Embrace them? Or is it time to dust off your legal team and sue?

The answer: it depends. Let’s unpack this issue a bit further.

For every work, there is a similar fan translation type. Here are some of the most common.

Subtitles – or sometimes full-on closed captioning – are often created by fans who want to see works adapted into their own language.

Fansubs can be released as separate patches or extra files to “attach” to the original work. This means that as long as the media can be legally bought in a given region, a fansub may not be “stealing” purchases from the copyright holder.

Issues can arise, though, particularly with the quality of the sub. Are there obvious mistranslations that fumble the meaning of the work? Does the patch interfere with the how the game works, rendering it unplayable? Even though the sub was not licensed, it still echoes poorly on the rights holders.

Fandubs refer to fan made vocal performances synched to movies, shows, or even video games. A fandub may or may not have been done with the original script available. These are a bit less common than fansubs because of the vocal performance aspect.

This is a fun portmanteau of “scan” and “translation” and usually refers to when the translator has physically scanned a book (normally a comic book of some sort) and edited out the original text, replacing it with their translation.

Scanlations usually have fingermarks all over them because, when done without professional guidance, the new text will not match the spacing of the original images. You’ll often see bizarrely cramped words or excess white space in speech bubbles.

The Pros of Fan Translation

Professional translations are always the safer bet when they’re an option. You get professional, high-quality content that won’t crash or interfere with the webtoon’s immersion. However, fan translations certainly have their charm; people wouldn’t pour thousands of hours of unpaid labor into them if they didn’t have their benefits.

Localization isn’t easy and normally doesn’t run cheap. If a publisher doesn’t immediately see the benefit of localizing content for a specific region, they may take decades to get around to it (just ask any Mother fans how long they’ve been waiting), or worse, refrain from doing so entirely.

Fan translations allow readers to bypass this gatekeeping and get access to content that would otherwise have been inaccessible to them.

Fan translations are usually born of pure love for the product. Even though a fan-made anime dub won’t be as smooth or consistent as a professional one, it still takes a lot of blood, sweat, and tears. Frequent fan translations within a given franchise or genre normally reflect a really engaged and eager fan base.

Fan translations – even unauthorized ones – can also benefit license holders for this very reason. This kind of energy keeps interested and fan communities alive and can reveal previously ignored languages and countries as viable markets. Publishers can see firsthand which areas are champing at the bit for translated content and shift resources there for future releases.

That said, you may be missing out on the revenue from these fan-translated releases. Once a free translation is readily available, interest in an official release will likely wane.

Be aware of the optics, as well. A few years back, Rising Star Games made headlines when they partnered with Spanish-speaking volunteers to translate their game Fragile Dreams: Farewell Ruins of the Moon for the Spanish-speaking market. For a plucky indie studio, a move like this could work, but for companies with more resources, you run the risk of looking greedy by taking advantage of free labor for the sake of publicity.

Have a computer? Know how to Google? Congratulations, you can officially access nearly all fan-made translations. As long as you can get at least temporary access to the internet, then that fan translation webtoon is at your disposal.

For some media, like video games, you may need the ability to download the product. A bit of technical know-how also helps to run an emulator or navigate the installation of a patch.

Translation and localization are art forms in and of themselves. No two translations will be the same. (Want to start a fight? Pick your favorite Dostoevsky translation and get ready for a brawl.)

Fan translations are an opportunity for creatives to put their own spin on a work. Sometimes this is the goal. Other times, the experiences and biases a translator brings to the table can influence how they present the work.

The Cons of Fan Translation

Even the best fan-translated games fall short in many areas. Here are just a few of the pitfalls associated with fan translation.

While the world of professional translation is no stranger to amusing mistakes (it’s been two decades, and we’re all still laughing about Vampire Hunter D’s “dunpeals”), a fan-made localization is much more likely to contain errors.

This isn’t a knock on any passionate fans who create these translations. It isn’t easy to get the professional quality work deserves when the people doing all the work aren’t being paid. Fan translations are often a small group of people (or just one person by themselves!). They try to handle both the creative and linguistic aspects of the translation as well as any technical hurdles. Without proper resources or backup, mistakes are going to happen, and details will be missed.

If you’re going the fan translation route for your webtoon or game, odds are it’s not an official partnership. After all, once someone’s on the payroll, it’s not really a fan translation anymore, is it? That’s an employee or a contract worker.

Most fan translations are either unintended for the property holder or may be a “live and let live” scenario. That’s where you’re overlooking the copyright infringement and potential lost income in exchange for a free translation of the product.

It should go without saying that this leaves the door wide open for trouble. You’ve no control over an unlicensed translation or its presentation, and you risk product misrepresentation.

As we mentioned earlier, rights holders rarely permit or backup fan translations. This leaves the translators in the lurch. With no quality assurance department to give things a final editing pass, many problems can arise, including:

Fan webtoon translations of video games are particularly vulnerable to unintended technical errors associated with translation patches. Some awkward kerning on a fan translation webtoon won’t wreck the experience. But a free localization patch could crash your whole game.

There’s a reason why every major studio has a dedicated QA department for the original release of a game. And translations are no exception. It takes a team of both game and language experts to make sure the translation plays just as smoothly as the original. The same applies to webtoon companies, having translators, proofreaders, and quality control departments.

This is a common hurdle that fan translators have to deal with. Without the original files, all kinds of mistakes can happen. If they’re missing the original script, a translator just listening to a television show may mishear some of the conversations and, thus, mistranslate it.

Similar to missing the original text, not having access to the original developer or publisher leaves fan translations at a severe disadvantage, particularly with video games. Without support from the original creators, the fan translators run the risk of not just mistranslating things but breaking the game itself as they mess around with binary files.

Fan translations are a murky area, legality-wise. In most cases, an unofficial translation will be in violation of the license holder’s copyright or trademark, which is not a criminal offense, but could land the rogue translators with a cease and desist notice or even a full-on lawsuit. Things get even trickier if a copyright holder were to “steal” the unofficial translation for their own use.

Remember, there is no such thing as international copyright, and violations are handled at the discretion of local laws and international treaties.

While it’s a myth that not suing for every single instance of infringement can lose you your copyright protection to a work, widespread indifference to infringement can weaken later lawsuits. So while a translation – authorized or otherwise – is not going to knock out your legal claim to your own works, most copyright holders exercise a good deal of caution with what infringements they allow to continue.

Fan translations aren’t without their merits. In fact, if a publisher has no intention of localizing a game, then fan translations can be the only thing that keeps a community alive and kicking, ready to consume the first officially licensed products that come their way.

But if translation is already on your mind, relying on fans to do the work is a highly risky option. It’s cheap, but you won’t have control over the final product, and if you let too many fan works slip by, it may even make protecting your copyright trickier in court.

A professional, detail-oriented localization service like SandVox is the way to go if you’re serious about translating your content. Our team of game-savvy translation specialists can provide high-quality work every step of the way, from localization and QA to community and project management. Localization isn’t just about the words, it’s about making sure your game carries its unique experience, meaning, and purpose into whatever regions it ventures.