Why You Should Hire A Game Localization Company 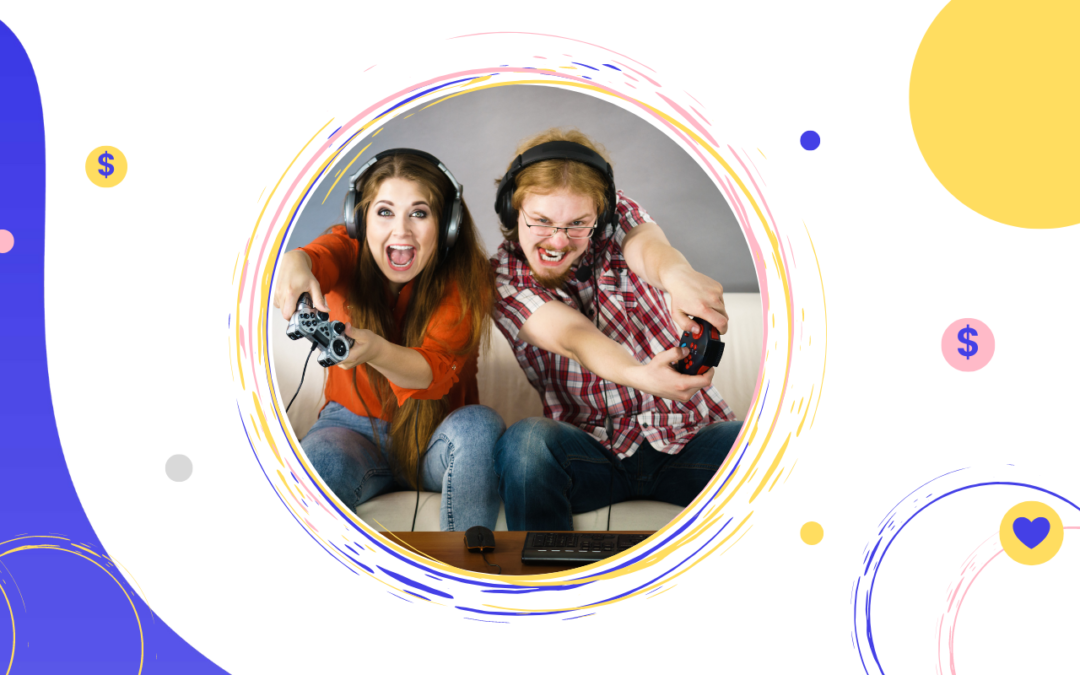 Listen to the article

Game localization is a way to bridge the gap between language and cultural barriers in video games. Software localization has a long history, and whether you were conscious of it or not, odds are you have enjoyed the products of this practice.

Some of the most well-known examples of video game localization come from the 90s as Japan was looking to further its presence in the US games market. Street Fighter, the popular fighting game series, was localized so that English players could play and understand the game in their native language.

This would lead to the famous instance of the names of M. Bison and Balrog, among other characters in the game, being swapped around for visual understanding and possible legal ramifications.

Since then, game localization has only continued to become more popular as more developers and countries look to expand the reach of their titles and serve a vast audience.

Game localization is a great way to do so if you’re a game developer looking to reach new markets and players. This guide breaks down what localization is, why it’s important, and how it can help your game succeed.

What is game localization?

Game localization refers to the process of translating and adapting a game to a new foreign market. For example, the localization team back then adapted the Japanese title for an American and English audience in the Street Fighter story we mentioned earlier.

While translating text to a new language is essential to localization, it is but one facet of the more extensive game localization process. Depending on the market you are localizing for, you need to consider the native culture, for example.

This could mean getting regional dialects correct, maintaining cultural sensitivity, and finding voice actors in the new region’s language for games with voiced roles. The end goal of game localization is that a player in an entirely different market to the original can access the game in a nearly identical fashion as the native market players could.

There is a lot of effort that this process can entail. What are the benefits of localizing a game in the first place?

What are the benefits of game localization?

For developers, being able to get your game in the hands of as many people who are interested as possible is an ideal scenario. You may only have fluency in one language, but you also want other regions of the world to enjoy your experience.

One of the most significant driving factors of video game localization services is the incredible increase in video games the international population plays today. This phenomenon is global, as a survey by Invest India showed that nearly 45% of all mobile users in India began playing video games on their smartphones.

Now imagine you are an English mobile game developer. Just India alone could represent a massive expansion of your audience if you can obtain a high-quality localization for your game. This can also help your company stay competitive in a game market that is expanding daily.

Another critical reason developers overlook if you don’t interact with many other game markets is the prevalence of plagiarism/low-quality translations. A fan in another country may want to bring your game to another market. However, this fan cannot find an official localization of the title.

This can lead to fan versions. Fan versions are not always harmful. However, fan versions can distort the image of your game and lead to disparities from the original experience.

Provide a consistent quality experience for gamers in every market by ensuring high-quality localization of your game titles.

Now some game companies have the history and sales to become massive organizations that command huge budgets. For these developers, having localization teams that can handle tasks outside game development and necessary business operations is a reasonable scenario.

But many video game companies can only command the expertise and budget to produce their games in their own language and manage the business responsibilities associated with that product. In this case, if you want to pursue game localization, you’ll want to turn to video game localization companies.

What is the main role of translation in game localization?

There is an endless amount of text associated with any given game. Depending on the scope of your game, this could include menus, in-game dialogue, guides, and website material. Translation is an important part of localization because it makes these materials accessible to a new market.

Going back to the Street Fighter example from earlier, the name M. Bison was swapped with another character for the English localization, as Capcom, the developer, feared legal repercussions as the Japanese M. Bison character based on Mike Tyson.

Translation is not about providing a literal interpretation of the native game text. Localization focuses on inspiring the same feeling in a new market’s players as the native market title initially did. Check out our blog article for a deep dive into the differences.

Localization can become quite an involved process. This dynamic process is why game localization companies exist: to manage the complex process under one roof and focus an organization’s effort on this significant task.

To understand the length of the process, let’s go over how game localization actually happens.

What goes into localization?

As localization is concerned with making the original game as accessible as possible to a new market, top game localization companies will consider the following:

There are a lot of steps of the game-making process that may be overlooked by a creator in a native market when considering expansion. Localization companies have the experience to assess the needs of your game and provide an outline of your localization needs.

How does the process work?

This project manager can analyze your game title and either suggest localization opportunities or tailor a plan to your suggestions.

Then, after analyzing your unique localization needs, your manager can build a team to help address the particular requirements of your game. This is an essential step as localization is not as simple as finding someone who has fluency in a language to provide a translation.

Fluency is important, but native context is a significant factor in game localization. You can understand a language’s technical applications without knowledge of cultural influence. Top game localization companies will have a host of native speakers to serve whatever language localization project is necessary.

As the team then delves into translating the content of your game, a few things will happen.

By the end of the localization pipeline, the team will have assessed the original game for localization. Game translators would then dive into the text and other content, adapting it to fit the context of the new market. When they have completed the video game translation, native speakers will play and proofread, ensuring UI and graphic elements are working and checking the validity of the text or audio.

You should be updated on the progress of your localization project throughout significant milestones in the process, and experienced companies handle these processes very swiftly. (Important note: The time needed for a localization project may change the associated price.)

In terms of the future of game localization, growth is just beginning. Digital technology is becoming more accessible daily, and the tools to create and access games are becoming more widely available.

Developers will want to broaden their reach as the international games market expands. While this is beneficial for game localization companies and developers alike, there are some challenges that localizers can face.

What challenges does the game localization industry face?

Game localization is not a perfect science, and missteps aren’t a rarity in the art of localizing a game. Some of the most significant issues facing the video games localization industry are:

These errors could cause a localization effort to backfire, as players become disappointed and the developer experiences a loss of sales.

This doesn’t mean game localization should be avoided or is unrecommended. What matters is finding a game localization company you can trust with a reliable track record of success. Game localization can cause a game’s sales and downloads to skyrocket by 100s or 1000s. It may be that you will find your ideal audience in a place you weren’t even aware of.

What opportunities are there for the future of game localization

As gaming becomes an increasingly popular recreational activity worldwide, there are more opportunities for game localization companies to provide their language services to developers eager to expand.

For developers, game localization will allow you to expand your brand and appeal to audiences you don’t have the expertise to address in-house. Many of the most popular games today started with a regional focus before reaching a broader audience through localization efforts.

The mobile games market is rapidly expanding, and more ways to play are being introduced daily. As technical capabilities for games expand and more creators have a platform to showcase their games, game localizers will be needed to make these experiences accessible to the world at large.

In India, the gaming industry reported a growth of 40% from 2019 to 2020. The Mobile Gaming Industry accounts for 60% of the 173 billion USD of global video game revenue generated in 2020. In Europe, the video game market increased by 22% in 2020 (according to gamesindustry.biz).

While these are current numbers, the outlook for the future only signifies further growth, as experts project that by 2028 the gaming market will be valued at 545.98 billion USD. Game localization offers an incredible advantage for game developers looking to expand their audience, boost their revenue, and stay competitive.

At SandVox.io, we are a game localization company focusing on the international games market. We offer localization services with native speaker support for every integral game market worldwide.

If you want to explore localization for your game titles and put the responsibility into trusted hands, then be sure to explore our localization services and learn more about how we can serve you.