Top Languages For Game Localization 2022 and Beyond 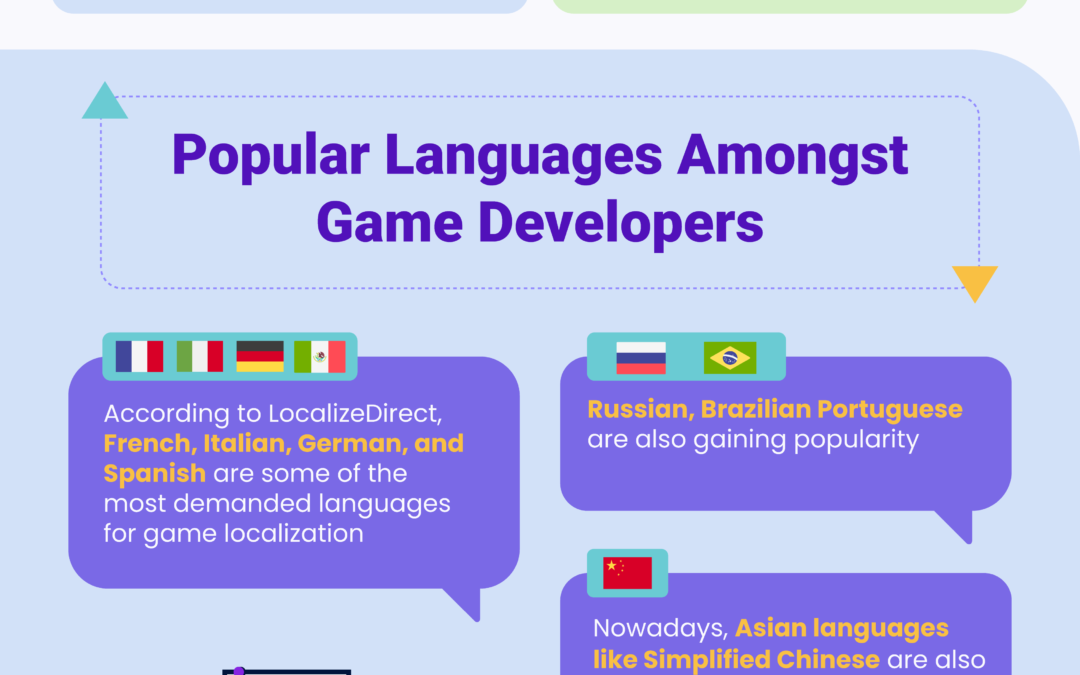 The global game industry is growing, with a nearly $200 billion market revenue in 2022. With economic issues worldwide right now, people are spending more time at home. Some of the reasons are:

For game creators and the gaming industry, this is good news. The huge increases in gaming time and IAPs have also raised the challenges of video game localization. This infographic talks about the top languages for game localization 2022 and beyond.

The benefits of game localization enable you to overcome language and cultural barriers and deliver localized products to multiple markets. The classical FIGS languages, French, Italian, German, and Spanish are some of the most demanded languages for game localization, followed by Brazilian Portuguese. Surprisingly, an a bit odd candidate is Russian. Despite global access, the demand for localized games is getting higher, and not localizing your game to Russian is a missed opportunity.