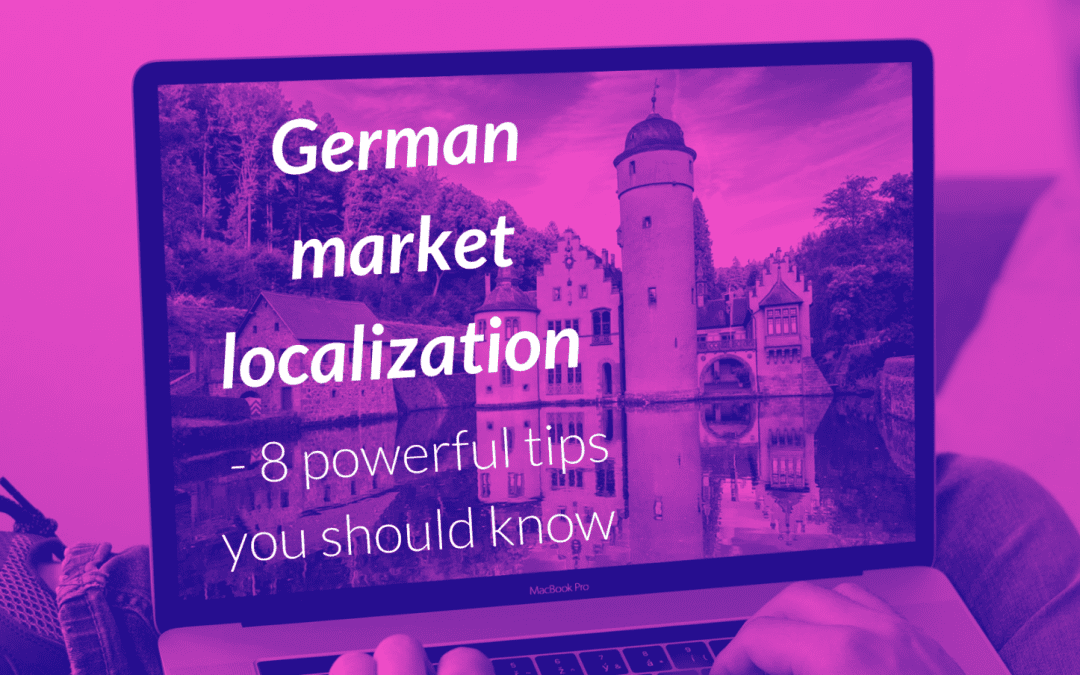 As a game developer, you want to reach new markets, expand your business, increase your fan base and sales around the globe, but mostly in Western and Eastern Europe. What does it mean? And why is the German market important for the gaming industry? Which are its special characteristics that make you consider localizing your game for the German audience?

Well, let’s start with the beginning.

Expanding your game in Europe means you address a mature market. Generating revenue of $29.6 Billion in 2020 and having a 7.8% increase YoY, Europe is the third game market in the world, after Asia-Pacific and North America. 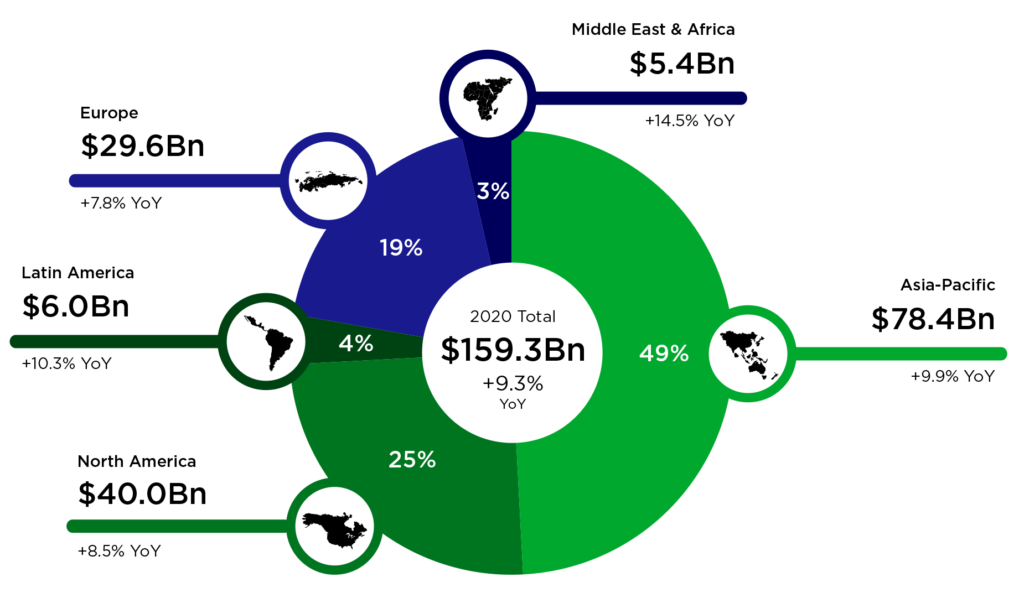 However, localization for the European market is complex, as the audience is very unique due to the variety of languages that they have in their respective countries in the region.

Typically, video games consumed in Europe would always receive translation and localization. If in the previous articles we explained why it’s important to localize for the Polish, Finish, Swedish, Dutch and Danish markets, with this post we’ll start our series of articles about localization for Western Europe.

Basically, this means translating and adapting your game from all points of view to the four audiences: French, Italian, German, and Spanish. This practice is so popular across many industries, that the translation made for this region even has received its own acronym – FIGS or EFIGS if we also include English.

With a gaming industry revenue of $6,084 million, the German market was the fifth market around the world in 2020 and it’s also a very complex one. Therefore, we considered we should focus on this audience, helping you to better understand what the localization in the German language involves and how you could conquer this market. 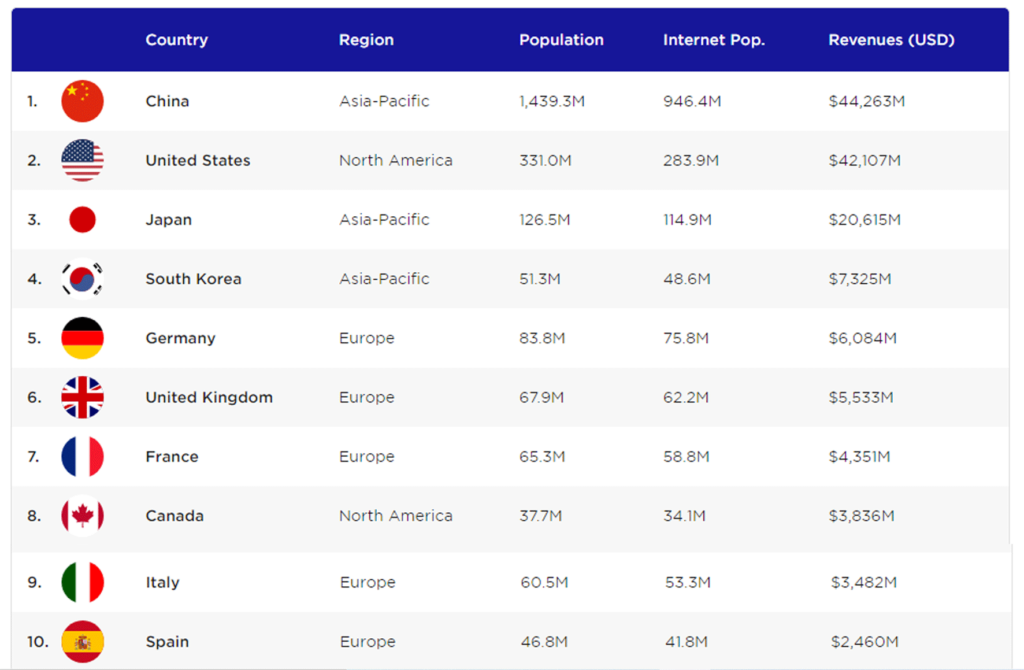 Translating and localizing your game in German opens the door to a vast market. With around 130 million native speakers, German is the most widely spoken mother language around the globe. It’s the official language in Germany, Austria, Switzerland, Belgium, Lichtenstein, and Luxembourg. Moreover, around 7.5 million people in 42 countries worldwide belong to a German-speaking minority. 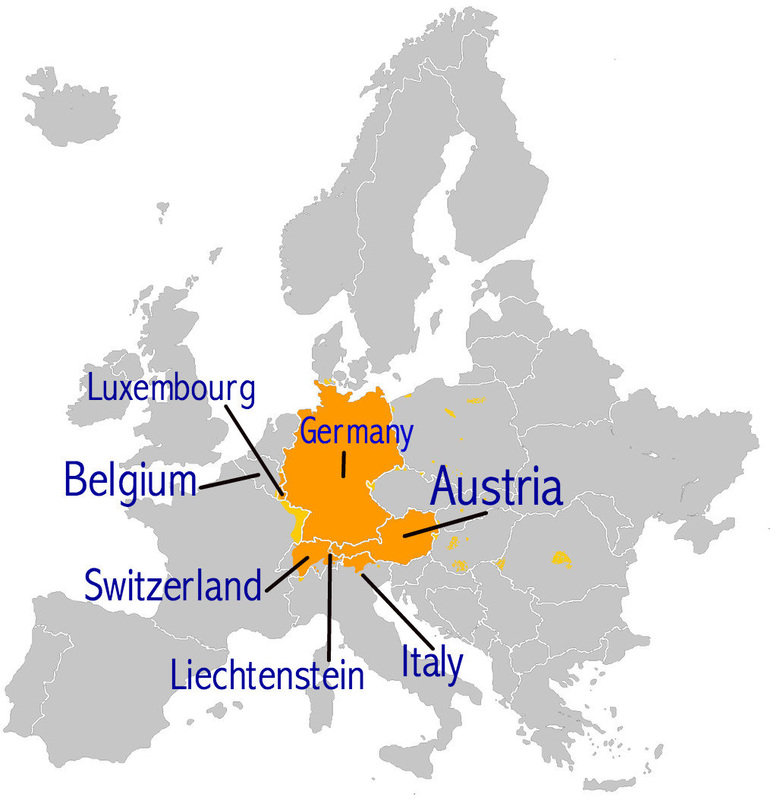 Other gaming industry statistics are:

Sure, it’s much easier and more enjoyable to immerse yourself in a game that is set up and perfectly fits your culture, customs, language, social and political rules.

However, when translating and localizing your game for the German-speaking audience, you have to pay great attention to:

Dialects that characterize the German audience

Like it or not, Germany unified into a nation-state in the 19th century. Until then, Germany was made up of different kingdoms, free cities, and duchies, each of them having its own dialect.

First, there is the so-called High German dialect (Hochdeutsch), which is generally accepted as the standard form of the German language. Then there are dozens of dialects throughout Germany, which differ quite a bit from each other.

Moreover, Austria, Switzerland, and Luxembourg have their own dialects of German, so it’s important to know what country you’re localizing for. And this is because an English word, for example, can have different translations, depending on the German dialect it is translated in. 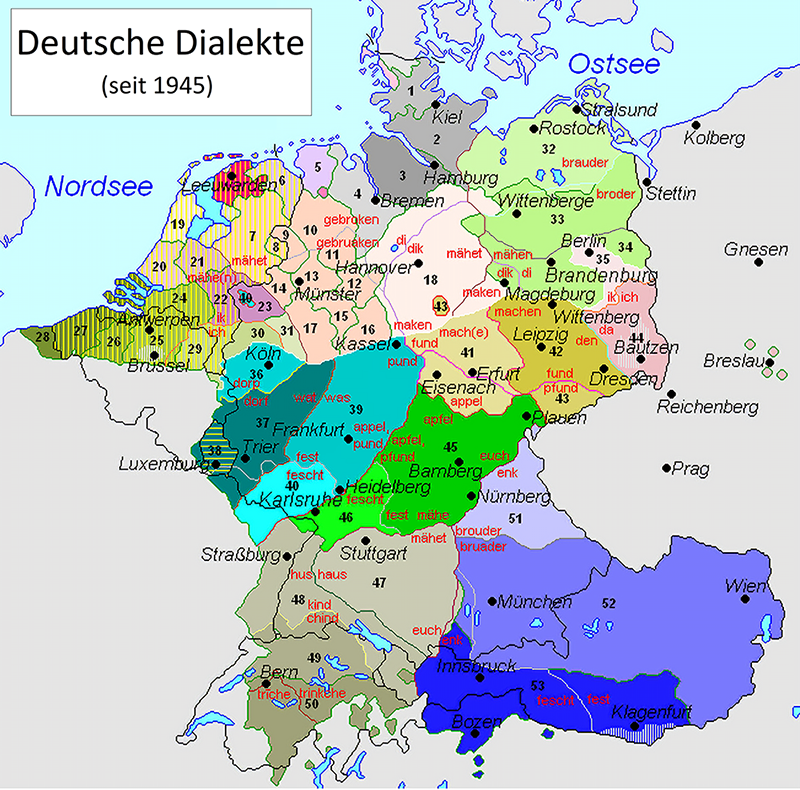 and the examples can continue.

In this context, before translating your game from a foreign language into German, you should decide first what part of the German-speaking countries you want to localize it for. This way, your translation and localization teams can pick the appropriate dialect, adding some extra “spice” to the translation.

Depending on your game and the characteristics of your players, you’ll need to be very careful when choosing between using formal or informal German.

For German translators, the decision of what level of formality to use when translating texts for games depends mostly on the client’s requirements. If the client wants the game’s characters to address formally, then the translator will use the formal Sie. If it’s required an informal style, then the linguist specialist will use the informal du.

However, when translating and localizing a game for the German market, you should keep in mind a few things:

The length of the German words is another well-known problem for the translation and localization teams because the German sentences often just don’t fit the length limits.

This is mainly due to the articles preceding the nouns and case endings that can’t be changed because they play important grammatical roles. Plus, German words are, on average, much longer than English words, not to mention Russian or Chinese ones.

However, German has also some advantages from this point of view: compound words. And the rule for creating compound words is simple: you take the roots of separate words, put them together, and you have a new word. In many cases, the new word is a long one, but it gets the job done.

A few examples of compound words:

Sometimes, an English phrase of 3-4 words can be replaced in German with one compound word:

Anglicanism or usage of the English words

When localizing for the German market, one good thing is the fact that Germans have a high level of English proficiency. Therefore, they don’t have any problem when using English words, particularly in the gaming and computer industries.

Verbesserung doesn’t fit the limit? Well, then it’s not a problem to use Upgrade!

As an example, in the German interface of the GTA online game, we’ll see many English words, and these are considered to be Anglicisms. 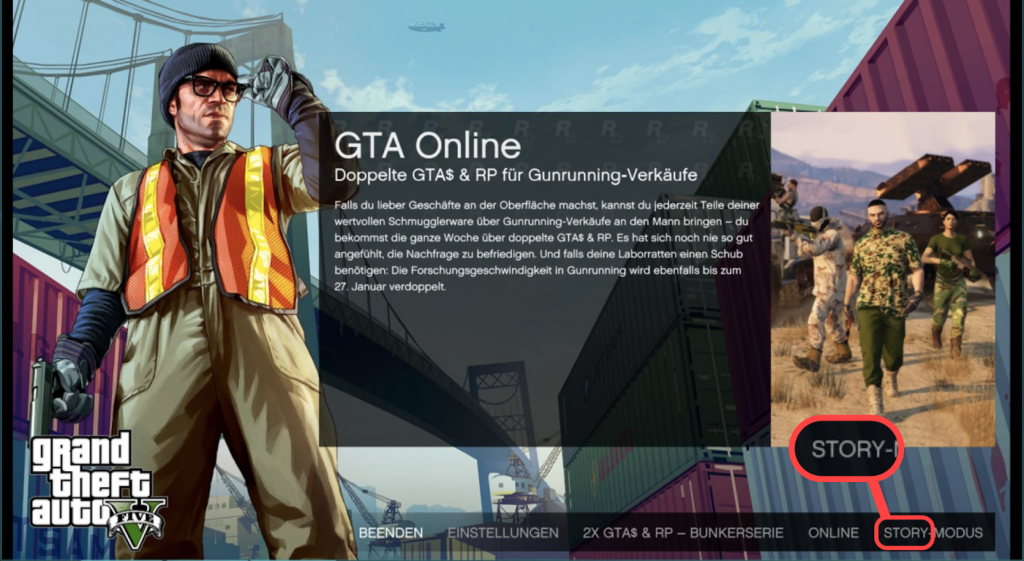 Consider the non-standard interface when translating for the German market

When working on tutorials related to any game that is localized for the German audience, it’s important to keep in mind that the German keyboard is different from the English one. It has keys for the special German characters: ä, Ä, ö, Ö, ß, ü, Ü and a slightly different layout.

Also, the Ctrl button, on most German keyboards is called Strg, from the word Steuerungstaste.

Germans like moderation and don’t favor exaggeration or comparative advertising. So, when translating the advertisements and marketing texts, avoid expressions such as “my game is the best in the Universe” or “this is better than every other game in the world”.

The exaggerations will obstruct you to build trust among your gamers, and move you a step away from the European Union’s Directive on Misleading and Comparative Advertising. If you want to win the German audience’s heart, it’s advisable to choose more low-key wording.

Excessive violence, racism, and Nazism are controversial subjects in Germany and therefore, until 2018 there were very strict censorship laws for games.  For example, Resident Evil 4 was banned due to high-impact violence.

After this year, the rules were a bit relaxed, and nowadays developers have more freedom. So, currently, almost anything that is socially appropriate is allowed. But even though the blockages were removed, there are still some topics that are better not to mention when you want to expand your game into the German market. Anything involving Hitler or World War II is still taboo.

As it’s not always possible to guess the gender of a character at first glance, it’s advisable to ask for more information about this. This way, you’ll know which are the right words to use to prevent any grammatical gender mistakes.

For example, you cannot use the word Kämpfer (Warrior) for a female character. It must have the suffix -in, indicating the female gender in German: Kämpferin.

Overall, the German audience is extremely important for the gaming industry’s growth, and it will remain a priority choice for game developers and publishers. At the same time, gamers also take localization very seriously, as they want to enjoy the game and immerse themselves in it instead of thinking they have just a translated version of the original game.

So when you translate and adapt your game in a way that suits the culture, customs, and regulations of the German market, chances are that German players will spend more money on your game.