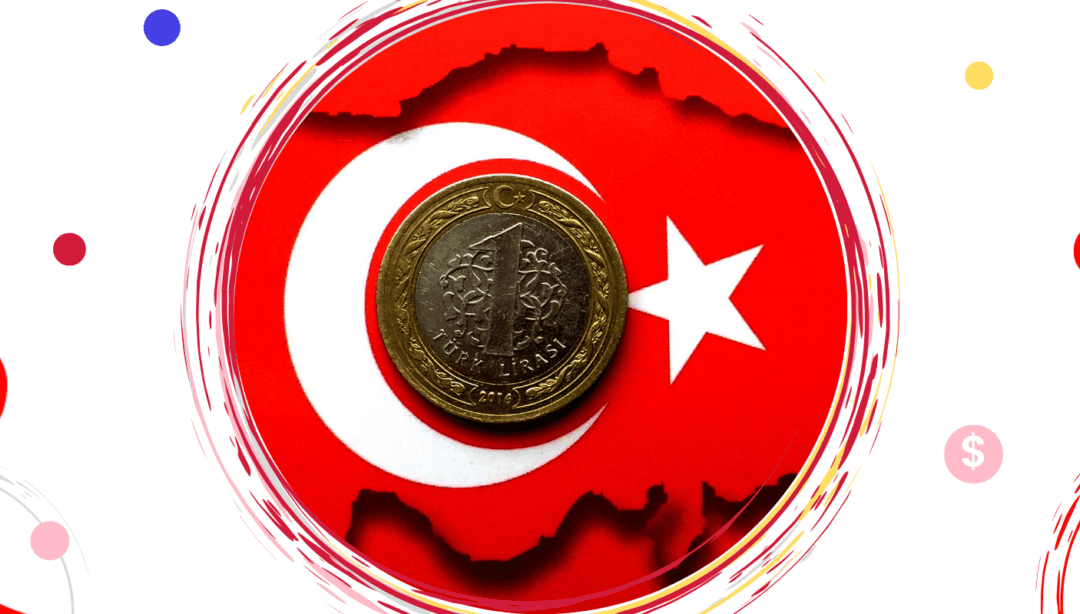 As well as the EFIGS market, the MENA (Middle East North Africa) countries offer multiple game localization opportunities. If you want to take the advantage of this highly diverse region, then starting with Turkish game localization might be the right step. And this is because Turkey is a mix of East and West, establishing itself as the center of video games in MENA and one of the most developed gaming markets in the region.

A few data about the MENA gaming market

When talking about MENA, we have to admit that it is one of the fastest-growing gaming markets in the world. Globally, the gaming industry has revenues of $175,8 Billion and is projected to exceed $218 Billion by the end of 2024. With +4.8% Year-over-Year growth in 2021, the Middle East & North Africa market is expected to reach 6.3Bn by the end of 2021, accounting for 4% of the global total. 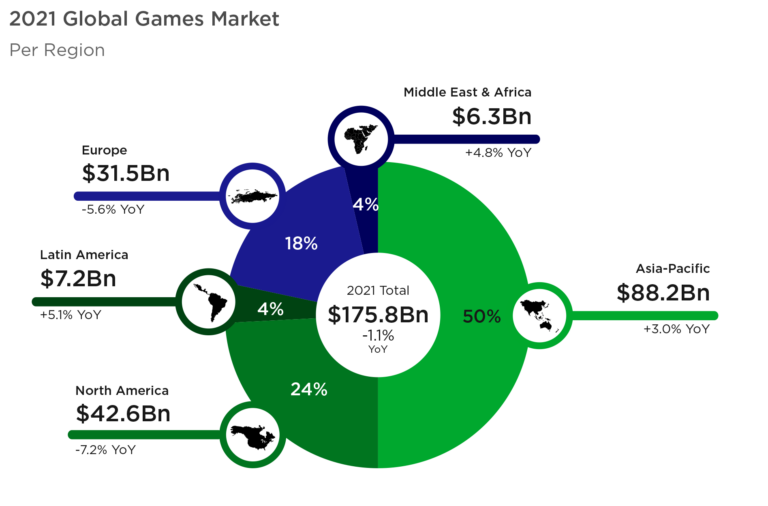 In those circumstances, the revenues of the Turkish digital gaming industry reached $880 million in 2020, while the gamer community grew from 32 million players in 2019 to 36 million last year.

This opens a valuable opportunity for international brands to expand in Turkey. And if in the previous years this market attracted mostly Asian game developers, now, they are also on the table of the Western companies.

Players are open to effective localized games, but reaching this market comes also with a series of rules. As in other countries (Korea, Germany, France, Italy, or LatAm) extending on the gaming market in Turkey involves a deep understanding of the cultural, linguistic, and technical aspects required for localization in the Turkish language.

A short overview of the Turkish gaming market

Turkish gaming audience at a glance

If we break down the age ranges of the mobile gaming players, they look like this: 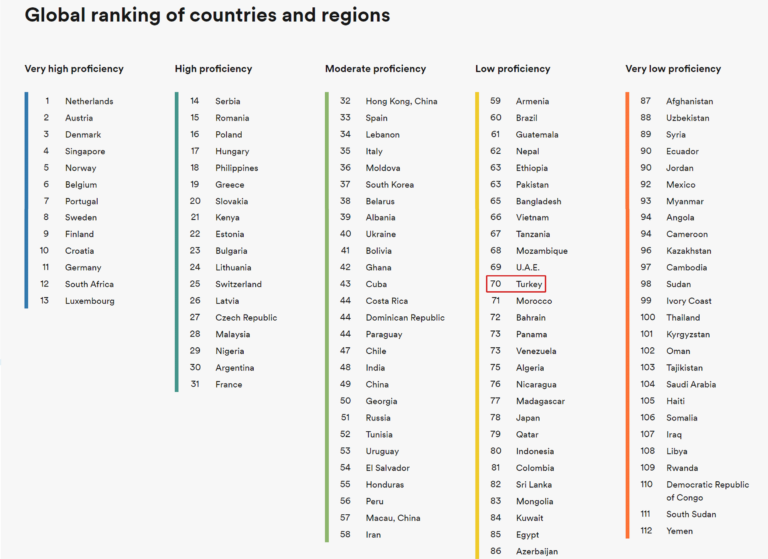 Most popular game genres on the Turkish market

Turkish players like mainly free-to-play games which are based on the “micro-transaction” model. This means gamers play for free but have to pay to upgrade their accounts.

Competition is also important for Turkish gamers. They love features like “player versus player” but keep in your mind that the content and game rules should be accessible and easy to learn.

Why do you need to localize your game to conquer the Turkish market?

As mentioned before, 80% of the people living in Turkey don’t speak any foreign language. This means that Turkish game localization is a must if you want to conquer this market.

The good news is that compared to any other Arabic language, localization in Turkish is much easier. Unlike right-to-left Arabic, Turkish writing is from left to right. And this makes things less complicated from the perspective of UI/UX design.

However, you must know that Turkish is a Ural-Altaic language, so it has different grammar rules than English, German, Spanish, French or Italian. For example, the Turkish language has 4 i’s: dotless and dotted. While in English the uppercase for ‘i’ is I, in Turkish it’s dotted İ. On the other side, some Latin letters aren’t used at all.

And even it uses the Latin alphabet, there are also some specific consonants and vowels: Ç, ç, Ğ, ğ, İ, i, I, ı, Ö, ö, Ş, ş, Ü, and ü. These characters sound unique in Turkish but could also cause letter corruption if the technical part of localization isn’t made properly, using UTF-8 language code.

So, using the correct language code for Turkish game localization is extremely important.

Video game localization is a complete, complex, and delicate process and you have to find a balance between your original game’s voice and content and what your players are looking for and connecting with. Therefore, localization is more than just translating your game word by word. You should also consider the visuals, cultural and historical elements, as well as the specific customs and taboos.

Follow the recommendation listed below to have an effective translation and localization for your game, whether it is a mobile, console, or PC one.

1. Keep in mind the text expansion

Turkish is an agglutinative language, which means that many verbs are formed by a noun plus an auxiliary verb. As result, you might find out that many commands specific to video games consist of two words instead of one.

For example ”Accept”, as a noun, is translated “Kabul”. But can use it as a verb by adding an auxiliary verb and it becomes Kabul Et. 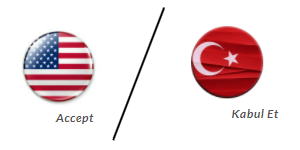 As a rule of thumb, when translating from English to Turkish, you should let 22% – 33% for Text Expansion. This can be complicated and challenging especially when it comes to menus, boxed texts, table cells, and boxes, and may cause issues with content that goes out from the provided space. In the worst-case scenario, can determine an incorrect running of the Operating System itself.

2. Take suffixes and regular expressions seriously for your Turkish game

If you want to avoid confusing translatable content and coding errors, you can work with placeholders or regular expressions.  This way you make sure that particular content is locked and can’t be changed during the localization process. For example, “give the sword to {player_name}”.

It seems to be simple, but Turkish is the language of suffixes, making the localization process even more complicated. This means that depending on the last syllable, the suffixes are conjugated as a back vowel or a from vowel. In addition, when translating in Turkish, blending letters is also a challenge you have to face. For example, “to Rodrigo” is “translated as Rodrigo’ya”, while the translation of ‘to Elly” will be “Elly’ye”. And the examples can go on.

3. Adjust formatting to the Turkish locale

If your game was originally created for the US market, it respects the American date and time format. But the Turkish formatting is different. So, you must change dates, time, currency, and decimal separators. So, when localizing for the Turkish market, you must consider all of them and change your content appropriately.

4. Don’t forget about the cultural and religious sensitivities

Turkey is a Muslim country, and from this point of view, its values and customs are different from those of Western and Asian cultures. But if you get to know and understand Turkish culture, then you will be able to figure out what games you could localize for this market to be successful. For example, gambling is strictly regulated, and online casinos and table games, have been banned since 2006. That being said, it is not always predictable which content will be rejected and banned.

In addition, like any other culture, Turkey comes with its own sensibilities related to violence and religion. Ultraviolent games or those that “undermine” Islam are on unstable ground, especially if they target a young audience. For example, since 2015, Turkey’s Ministry of Family and Social Policy has banned Minecraft because it considered it “encourages children to resort to violence.

Another example: in 2016, Pokémon Go was banned in Turkey for “insulting Islam” because players were trying to catch Pokémons in mosques.

These are just a few examples, but one thing is for sure: in Turkey, you never know what content will be rejected, banned, or accepted. That’s why you need the help of a professional translation and localization team.

5. Link your game to the local culture

Like in other languages, it would be better to replace the academic (standard) language with its street version. And this is because you should find a balance between your game voice and what the player is really looking for and connecting with.

In Turkish, many international words became part of the daily vocabulary. Therefore, if your game features some references to Asian martial arts, you don’t need to transform them into the Turkish martial art of Sayokan. Kungfu is kungfu, period.

Some games could sound more interesting and have more flair if you don’t localize them completely, the characters and the references remaining as in the original version.

Besides, you should know that any references to jokes related to specific TV-Shows, celebrities, or even current affairs, should have an appropriate and equally effective equivalent ready.

The Turks don’t find many tutorials or explanations in Turkish – one reason could be the difficulty of the language. And if they don’t understand sophisticated games like World of Warcraft, they give up. On the other hand, League of Legends gained a lot of popularity after being localized in Turkish, currently having a HUGE community in Turkey (over 13 million active accounts).

After completing the localization, allow native-speaking testers to PLAY the game to detect any inconsistencies and errors. Linguistic and grammatical corrections are usually an integral part of the services provided by translation agencies, but they only address the language issues. But LQA is the stage where you find out if everything fits together to provide a great experience to your players. Therefore, don’t skip this stage.

Turkish game localization can be a huge opportunity, but it needs to be done effectively. Your target audience needs to connect with your game and its characters, the whole atmosphere, in a genuine way. This means you need to keep in your mind and apply all the linguistic, cultural, and technical considerations to make Turkish gamers discover your game and engage with it.