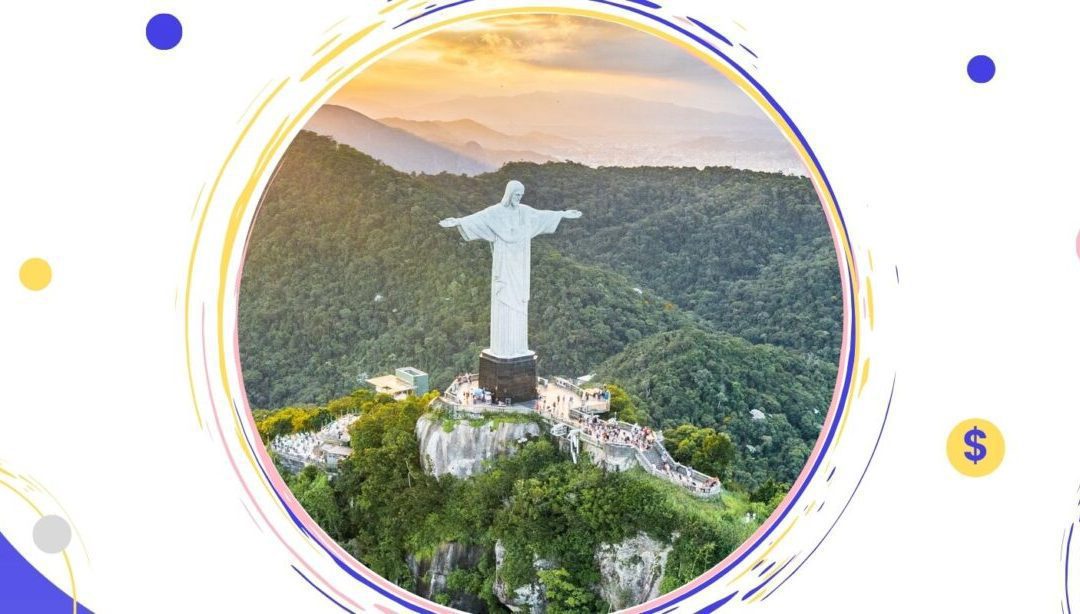 With a population of over 213 million inhabitants in 2021, Brazil is the 6th country in the world, and one of the largest economies in Latin America. But when it comes to the revenue of the gaming industry, the Brazilian market is the leader of the continent.

According to Newzoo, the predicted gaming industry’s revenue in 2021 was $175,8 billion. Instead, the worldwide game market comprised 3 billion players and generated a total turnover of $180.3 billion – more than the total value of the digital music, video streaming, and movie industries together. And with $ 2.04 billion in revenue in 2021, the Brazilian market is becoming more and more interesting, attracting both national and international companies.

Being the leading Latin American country in the gaming industry, Brazil is already a regional development hub and its industry is expected to grow even further in the upcoming years. Brazilians considered games as a safe source of entertainment during the COVID-19 pandemic, so the demand for game-related products increased considerably. The country’s strong economic drive is fueling a drastic uptake in the number of gamers who are willing to pay money on their favorite platforms. In addition, recent surveys show that 72% of the online population in Brazil play video games. Therefore, the monthly spending grew in Brazil by 52%, while the revenue of Brazilian developers has doubled in the last two years.

Brazil is a country with a very strong historical and cultural heritage, but with a very low English proficiency. According to EF EPI, it ranks #60 worldwide and #12 in Latin America, being surpassed by countries like Poland, Portugal, South Korea, and even Argentina in terms of the English understanding EF index.

Therefore, if you want to conquer the Brazilian gaming market, then localization into Brazilian Portuguese is the key.

In a nutshell, the statistical data show that:

What do Brazilian gamers want?

Like gamers from many other countries, for Brazilian players is important to have games in their own native language, especially because, as we mentioned before, Brazilians don’t have a high English proficiency.

And, according to a Pesquisa study, localization is the 4th most important criterion for people who download and buy games in Brazil.

But when speaking about localization, you need to know that you have to translate and localize your game in Brazilian Portuguese and not European Portuguese. Why?

Well, first, because the distance between Europe and Latina America is not just from the geographic point of view, but also the historical, cultural, and modern heritage differs, leading to two different variants of Portuguese. And these differences are essential, as some words are spelled differently: Brazilians make verbs out of nouns or condense expressions and many words aren’t the same.

Here are some examples:

In addition, the Brazilian Portuguese vocabulary has also incorporated words from African and Native American origins over the years. Therefore, if you want to attract Brazilian gamers and provide them with the same gaming experience as the original version, you need to localize your playing into Brazilian Portuguese.

When translating from English into Brazilian Portuguese the sentences are usually 25% longer. That’s why is important when developing your game to let enough room in the strings to allow space for longer translations.

From the gamer’s point of view, you need to make sure that you provide enough time for reading and processing information from dialogues, subtitles, and voiceovers.

That’s why, before starting the localization process, you need to make sure your game has international character encoding (UTF-8) and accepts these specific letters.

Specific metrics for the Brazilian market

When localizing your game, keep in n your mind that not just in-game text must be translated, but also different metrics. For example, Brazilian date, time, and currency formats are different. The date format is DD/MM/YYYY, compared to the English MM/DD/YYYY. In terms of time, Brazilians use a 24-hour clock. It’s “21:15h,” not “9:15p.m.”

When it comes to currency, the commas and decimal points are the opposite of the English system. One thousand and five hundred Brazilian reals and 25 centavos, for example, should be written as R$1.500,25, compared to the same amount but in dollars: $1,500.25.

In conclusion, to make things easier, you never have to hard-code time or currency, but store your number data internally and in files, without using a particular format.

Be aware of grammatical genders

Like many other languages, the Brazilian Portuguese language uses both masculine and feminine genders, affect nouns, adjectives, and pronouns. When preparing text for translation, you need to make sure that your string wrapping supports Portuguese grammar rules. Alternatively, you can ask for a gender-neutral translation. In this case, you should know that in Brazilian Portuguese the default gender is the masculine form, and you can use it when you’re trying to reach both genders.

As English is considered a prime source for neologisms in many languages, it’s no wonder that the Brazilians are used with foreign names and may find them “cool”. Therefore, you can leave the English names untranslated. But each case is different, so you should not consider this a default rule. Instead, make the decision separately for every game and in special circumstances, consider a partial or full translation of proper nouns.

For example, in the Portuguese version of Warspear Online, “Mask of Smiley Willy” was localized into “Máscara do Gui Sorridente”, and “Tricks of Barry the Crest” into “Travessuras de Bruno, o Crista”. Even if the names Willy or Barry could have been kept in English, they were localized, in attempting to adapt these games to the local culture.

Brazil is (mostly) in the southern hemisphere, so the seasons are different compared to the northern hemisphere. As a result, instead of being full of white snow, Christmas in Brazil is hot, but a school vacation in July can get pretty chilly.

Therefore, you should keep an eye on references to the weather or the seasons in your game, and make sure that the localized product is southern hemisphere-appropriate. It helps to ask your translator to pay special attention to any climate-related content.

Even if Brazilians show enough tolerance for sensitive topics, they also have taboo subjects. Sexual issues, racism, suicide incitement, and discrimination are some of the sensitive topics you should pay attention to when adapting your game for the Brazilian market.

Sexuality is a sensitive topic because, although most Brazilian players are women, they still face a worrying amount of sexism from their gaming partners and community. If you want to avoid losing this market, you need to be careful about this.

Violence is another topic to consider, given that Brazil has prohibited several games in the past as they included scenes of cruelty and excessive violence, including Doom and Mortal Kombat.

Bully was also forbidden because it depicted harassment in schools, but in 2016 the ban was lifted.

MMORPG EverQuest has been banned by the Federal Court from being sold in a Brazilian state, Minas Gerais because the players lost their “moral virtues”. The strangest ban was placed on the Counter-Strike because it contained the favela map and … “public order subversion.”

As you can see, you can also face different interdictions from the Brazilian authorities if you don’t pay enough attention to sensitive topics.

Adapting your game to the Brazilian market means not just translating the in-game text, but also adapting the visuals according to the cultural, religious, historical, political, and economic realities.

For example, DDTank considered localized outfits as one of their most important features when adapting their game for different markets. This way, the players can use these costumes and dress up as they want. For Brazil, they included a few costumes of Carnival, offering the players the possibility to use them, and this way the rate of the Brazilian players was higher.

In conclusion, Brazil is one of the most important gaming markets in the world and the largest market in Latin America. Even so, its development has not stopped here, with the Brazilian gaming market expected to grow steadily in the coming years.

Although they have the same preferences as European or American players, the Brazilian market will not accept games that are not localized. Therefore, if you want to win this audience, establish a presence early and give them great games by using the local knowledge!