Most Popular Gaming Genres in 2022 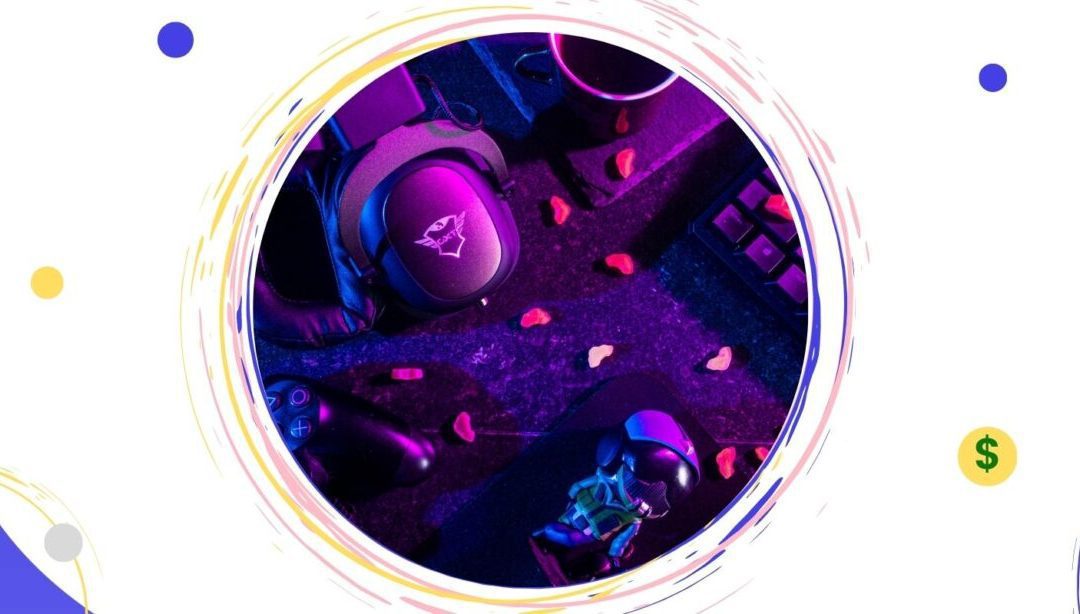 Did you know that there are more than 1 million games out there? And more than 30 gaming genres and subgenres?

Obvious, the gaming industry has been around for more than 50 years and during this time it has continuously evolved. From something simple, such as Pong or Spacewar!, games have permanently changed and improved, with developers now being able to create highly realistic entire worlds that include landscapes, fauna, flora, and other various characters. And things don’t stop there, as both new technologies and artificial intelligence allow the control of all elements, characters, and their movements inside of the game. Games like World of Warcraft and Dead Redemption 2 are just two great examples of how much technology has developed and what it can do for the gaming industry. 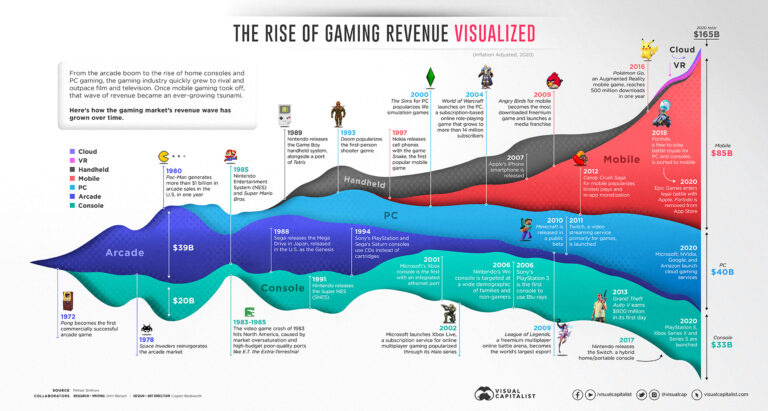 If a few decades ago the game developers couldn’t even imagine using 2D and 3D models and animations in their games, today we are far beyond that.

As technology has progressed, the game developers have started to create more unique content and we’ve started to see an increased number of gaming genres showing up on the market. If at the beginning there were just first-person shooter and simple strategy games, now all have developed into much more complicated gameplays. So, we can say without any doubt that there are game genres for every player’s taste.

If you have a great idea and want to turn it into a video or mobile game, this post might be helpful for you. We compiled a list of the most popular game types and their defining characteristics, along with trending figures that could help you decide which genre to choose when creating and developing your own playing.

Types of gaming genres and subgenres

Before discussing the most popular game genres in 2022, let’s see the full list of game categories and sub-categories.

Game genre statistics that will affect your decision this year

According to the 2021 NewZoo’s Global Games Market Report, there were 3 billion gamers worldwide and the number is forecasted to hit more than 3.2 billion video gamers globally by 2023. 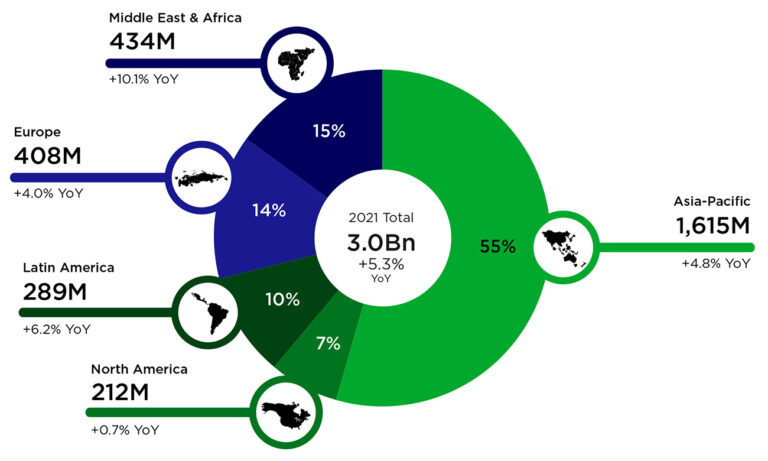 This means a huge potential for game makers!

Here are some additional data to consider:

And here’s what they’re playing:

By segment, most gamers play on mobile (2.8 billion), followed by PCs (1.4 billion PC players) and consoles (with 871 million people).

Let’s take a look at the most relevant gaming genres in 2022: 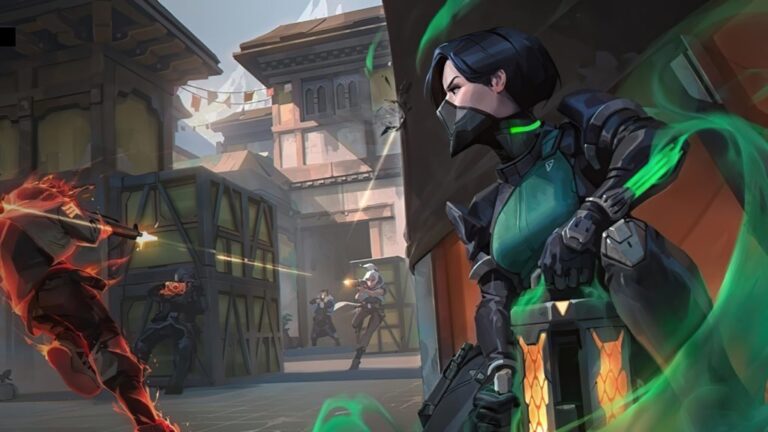 First-person shooter games have been popular since the 90s. Even the first ones such as Wolfenstein or Doom were very immersive at the time and they were probably the best sellers during that period. The attraction and hype for this genre first started with the release of Half-Life and the mod for Half-Life, Counter-Strike, and it looks like they will probably never die.

In the beginning, Counter-Strike was only a mod, but a couple of years later, in 2004 it was finally released as its own game, being named Counter-Strike Condition Zero. The interest in this type of action was constantly growing and players wanted more of this. During the 2000s we saw thousands of great FPS titles. Whether it was Quake 4, Doom 3, Time Shift, or whatever else, they brought an experience like no other genre. Even today, we still see the releases from those same companies that made the first FPS titles such as Doom Eternal, Call of Duty Modern Warfare, and many more.

What’s so interesting about first-person shooters is the fact that they keep evolving and evolving into something even better. Looks like the train of hype and development will not stop anytime soon.

However, it’s interesting to see that first-person shooter games continue to evolve constantly into something better and better; and it seems that the trend of hype and development will not stop too soon. 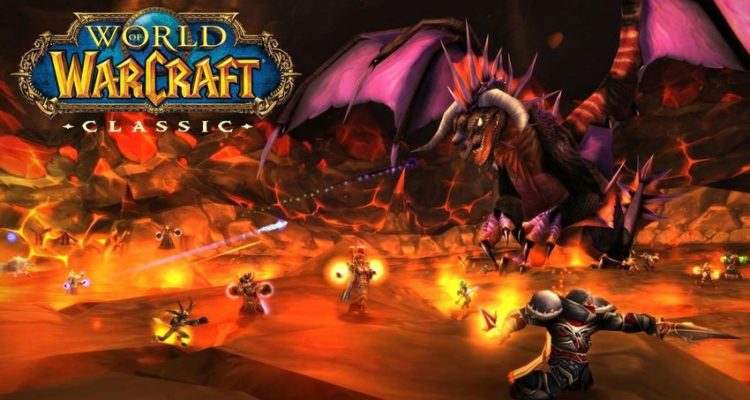 MMORPGs are a much younger and much more underdeveloped genre in this industry, but it is still very popular, and for a good reason. The first major title that managed to grab the attention of millions of people is World of Warcraft. At the time of release, in 2004, it was something like out of a sci-fi movie. The things they did with the world were simply amazing. But the idea that they managed to put together thousands of players in just one server was even crazier, as this kind of experience was not available anywhere else.

Since then, World of Warcraft is still active and the most popular MMORPG in the world. Unfortunately, because of the monopoly that WoW holds, the genre hasn’t grown a lot. Many developers have tried to re-create what Blizzard did in 2004, but most of them fail. Of course, there are some MMORPGs on the market, such as The Elder Scrolls Online, Guild Wars 2, and others, but they simply don’t compare.

World of Warcraft has reached new levels in this genre that no other game has. Players in this title have progressed so much, that Blizzard had to introduce a new feature to bring many more challenges to the game. It is called Mythic Dungeon or Mythic Keystone. According to lfcarry.com, acquiring one mythic Keystone to do a dungeon is very difficult. Even doing the mythic dungeon self is hard which is why many players consider hiring a professional carry to help them. 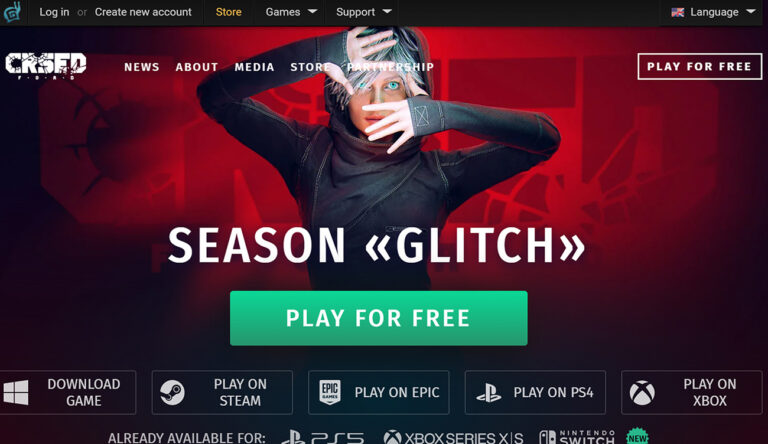 One of the most popular genres in 2022 has to be Battle Royale. In these last couple of years, almost every single company in this industry has put out a product that is part battle royale genre or at least has some elements from it. It is completely multiplayer, very competitive, and also quite rewarding, and therefore, it’s extremely popular.

Basically, the game philosophy is simple: there is one giant map that gets filled with dozens or even hundreds of players and they all have to battle each other until there is just one left. The one that survives is the winner and is rewarded.

Role-playing games are some of the most interesting genres in the industry. The level of creativity that characterizes these kinds of titles, as well as the freedom of movement you get are amazing, regardless if you are playing or just watching, You are getting not just a huge world where you can freely move, but you also get to build your character in your own way.

Take the Fallout series as an example. In Fallout 3, Fallout New Vegas, or Fallout 4, you can play in any way you want. You can only use your fists throughout the story, you can force yourself to use just pistols, etc.- RPGs simply give you the freedom to experience the world in a unique way.

In the past several years, many other genres have started to implement elements from RPG such as leveling, telling trees, skills, etc.

Casual games have been one of the most popular genres among mobile gamers for a long time, due to their simple nature and straightforward gameplay. Usually, these games are simple to learn, yet difficult to master the mechanics. Believe it or not, they usually require strong problem-solving abilities and quick thinking.

Subway Surfers, the Candy Crush series, idle games such as Idle Heroes, and the old-school classic Tetris remain extremely popular among casual players and even those who do not identify as gamers.

According to App Annie, casual games reached about 45% of global downloads by gaming genre in the first 6 months of 2020, hyper-casual games being the most popular. It seems that people of all ages appear to like these titles, while the genre provides the bulk of income in the mobile gaming market, with a consistent increase in recent years.

Which Gaming Genres Should You Choose?

With new platforms, consoles, and genres appearing regularly, it looks like the video game industry is thriving and becoming massively diversified.

Before deciding on the genre, you start with considering your potential market and defining your audience, considering the gaming platforms you want to publish your game, in-house capacities for designing and developing it, as well as the possibilities for translation and localization when expanding on the international market.

However, each genre has its own market and unique audience. Therefore, your post-launch marketing efforts are extremely important when planning to reach a number of potential players and they will determine the success of your game.

What are your favorite video gaming genres? With what type of video game would you like to expand on the international market? Let us know!