Why Game Translation Is More Difficult Than You Think 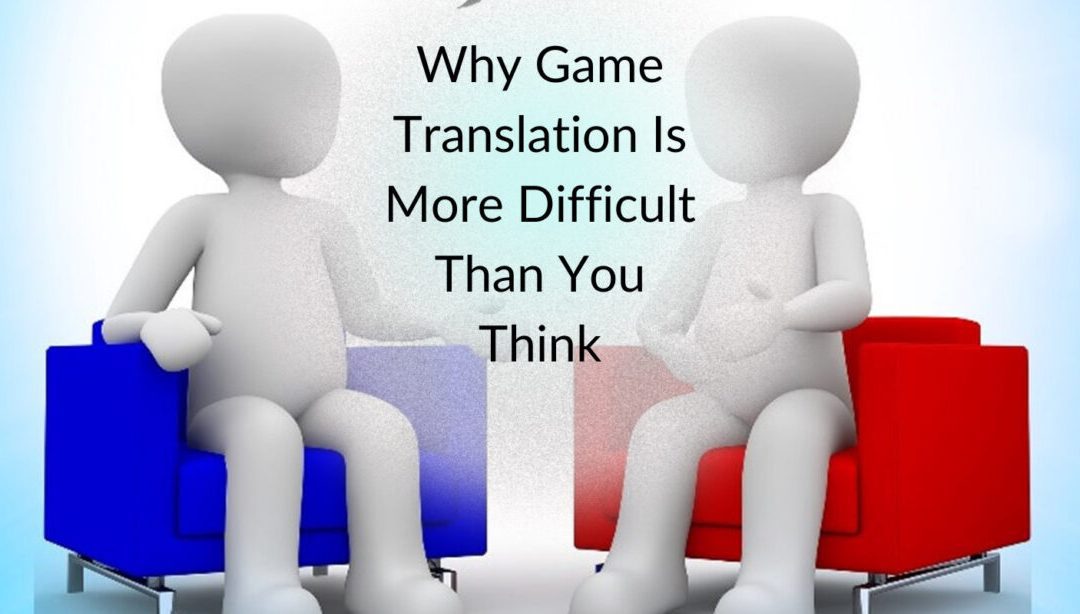 We all have come across translation and localization failures. In many cases, they are silly and funny and at least bring a smile to your face. But when it comes to a game translation, things are not so funny anymore. Especially when you want to expand into a foreign market and attract a whole new audience.

The translation is an essential factor in any localization project. You need to understand that no matter how big or small your mistakes are, they will affect you in many ways:

Of course, many of these mistakes are unintentional and have many reasons. Which are they? And why is a translation more difficult than it seems at first glance? Let’s find out.

Gamers care about translations more than you could imagine 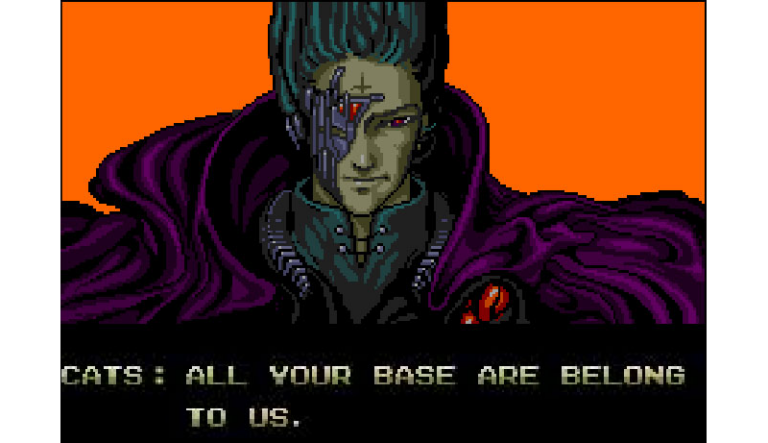 The first reason for which game translation is more difficult than you imagine is because players care about it – a lot. More than you could realize. Why?

Well, let us explain. When you translate a game, you don’t just replace the words in the text created in the original language with those in the target language. You want to make yourself understood and interact with the new audience, communicating with them in the most natural way possible in their own language. Using their own words.

When people play your game, they want to have the feeling that it is created especially for them and that it fits their values. But this will not happen when you get wrong. Besides, you’re leaving yourself open to bad press, poor reviews, and underachieving sales. In some cases, you might even face a negative reaction from a large market audience. And these situations are neither new nor just a few.

Every language is different

This is true for any type of translation project regardless of industry, but especially for the gaming industry. While the actual process of translating a game is pretty much the same no matter the language, each of them brings its own unique set of challenges.

Above all, certain things simply can’t be translated or lose their meaning when you adapt them to another language. That’s why it’s important to hire translators who have specialist language knowledge or are native speakers of the language. Besides, hiring translators that are also players is one of the best practices when translating games.

This way they can easily recognize the potential issues and solve them as soon as possible.

Lack of context is by far one of the most common causes of translation failure! And like it or not, understanding and adapting to the context is still the only reason for which the human translators are still the best way to properly translate not just games, but anything else on the market.

Without knowing the context, a single phrase or word in your game’s original language could mean a lot of different things in the targeted languages.

Therefore, it’s important to include in your localization kit:

Even if it’s hard to remember that your translation and localization teams do not know the game as much as you do, don’t leave any room for misinterpretation. Add as many details as you can. This way you’ll help your linguist specialists to familiarize with your game.

Culture is one of the most important reasons for which you need a native speaker to handle your translation and localization project. Even when the context is taken into account, you can expect word-for-word translations to fail completely because they do not fully consider the cultural aspect that might influence them.

Sometimes, entire phrases or conversations will need to be reformulated or reshaped for the strings if you want to make sense in a given culture. In other cases, the differences that could appear in a dialect will need a pretty different translation.

For example, if you are targeting the Latin American market but you hire a team of Spanish translators who will translate your game into Spanish from Spain, your target audience most likely won’t connect with your game due to the differences in both cultures and dialects. 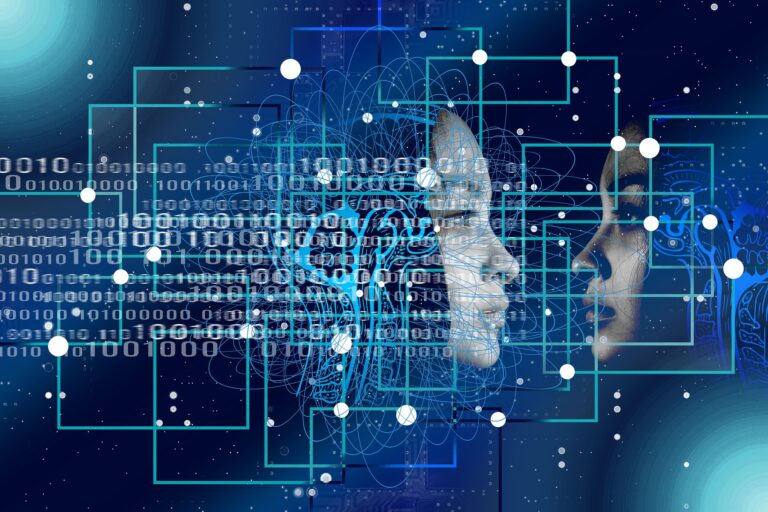 Translating any kind of digital content is a technical process and this is especially true for game translation. This is because developers need to internationalize games (coding them in a way that makes adding, removing, or editing languages easier) before starting to localize them. This requires a certain programmatic format of creating separate language files and then putting them together in Translation Management Systems.

You also have to think about and find solutions that will allow your translated content to fit into your game as it changes. Once you translate the text in one language or another, words and sentences can be longer or shorter, meaning they might not fit on-screen or within elements in the same way. The longer text also takes longer to read and longer voiceovers take longer to complete. This results in insufficient time for players to read the subtitles or that the dialogue doesn’t fit the game. And the list of technical considerations goes on.

If have a low budget to develop, translate and localize your game, you can always use localization provided by Artificial Intelligence. As automatic translation services, you can use machine translations like Google Translate or DeepL.

But used alone, these solutions are not enough to have a polished translation and can lead to messy results, thus destroying immersion for your players. And this is because machine translations don’t understand the humor, context, or other subtleties of the human language. That’s why it’s important to always use humans as proofreaders and editors.

You can also decide to go for fan translations. And when it comes to quality, fan translation is not always the best choice from the quality point of view, because they are not done professionally. Even if it’s a great way to engage your audience. Besides, they have often lacked consistency due to the disorganization of the project.

Additionally, if you decide to reduce your costs and hire non-native speakers – or non-professional translators – you may well end up having problems. Non-native speakers might not have the deep understanding of the language and culture that’s needed for an appropriate game translation, while professional localization companies hire native speakers for each language they work in.

A game translation and localization project involves extremely much data and files. And without proper preparation, your localization team won’t be able to succeed. Those files need to be easily editable text files or spreadsheets and organized logically.

When you complicate things too much, you’ll slow down your translation and localization team and also reduce the time they have to translate your game at a high-quality level.

The fewer text files, the better. However, don’t place everything into a single file and leave it at that. Your content needs to be organized so that your localization team can easily find the sections they are looking for.

Your dialogues and cutscenes should be organized in the same context in which they appear in the game. Additionally, genders and plurals should be correctly identified.

Make sure you also prepare fonts that are specific to the targeted language. If you are localizing your game in Japanese or Russian, use a font family that contains the appropriate alphabets. 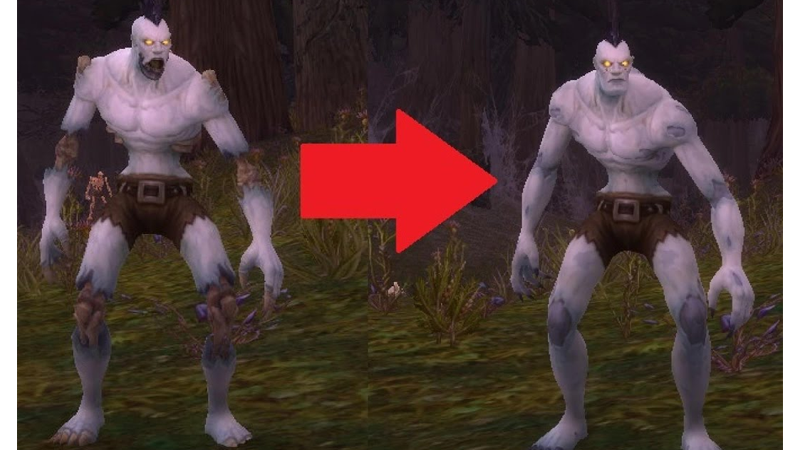 You can’t translate a video game and forget about localization. This is the process of adapting your game to the specificity of the market you target. It includes not just translating the text inside of the game, but also adapting on-screen elements to accommodate the new content, as well as a range of other factors. And don’t forget about optimizing your game listings in app stores and designing a language selection menu as part of your game translation process.

While the internet has made it easier for developers at all levels to enter both the domestic and foreign markets, many underestimate the challenge of translating their titles for worldwide audiences. Note that a quality game translation starts in the early stage planning phase and includes everything, including the code in the core files. So make sure you start the translation process as soon as possible to avoid problems later.

Strictly speaking, games are supposed to be also localized to fit the market, not just translated. That’s why game translation and localization are not about being accurate. It is more about creating an engaging text that will help gamers of a specific region immerse themselves into the game universe. And this is our specialty. Lets’s chat and see how we can help you to expand your business on the international market.