Gaming Localization: Unlock The Huge Potential Of The Indian Market 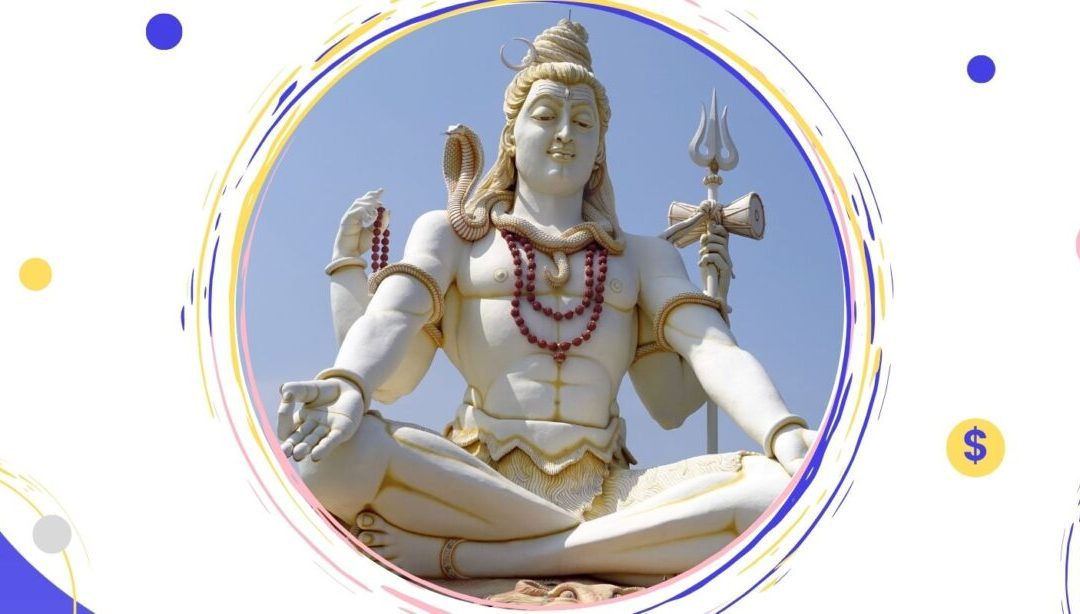 There are many emerging gaming markets worldwide, but the Indian market is a booming one. Since the country has the second-largest number of smartphone users around the globe and accounts for 10% of the global gaming audience, India is the 5th largest mobile gaming market in the world.

If you want to succeed in this market, it’s not enough to have a great game, you also need to offer something the audience is looking for. And in terms of demands, the Indian gamers state loud and clear what they need, and they are undoubtedly in the favor of the local culture. This is not new, and they are not the only ones who do this.

In fact, almost 65% of Internet users prefer to read content in their own language, while 40% of global consumers won’t buy or download your product if they don’t understand what’s all about. And this brings us to the topic of this post: game localization. You need to localize your playing if you want to conquer a market with more than 400 million gamers. 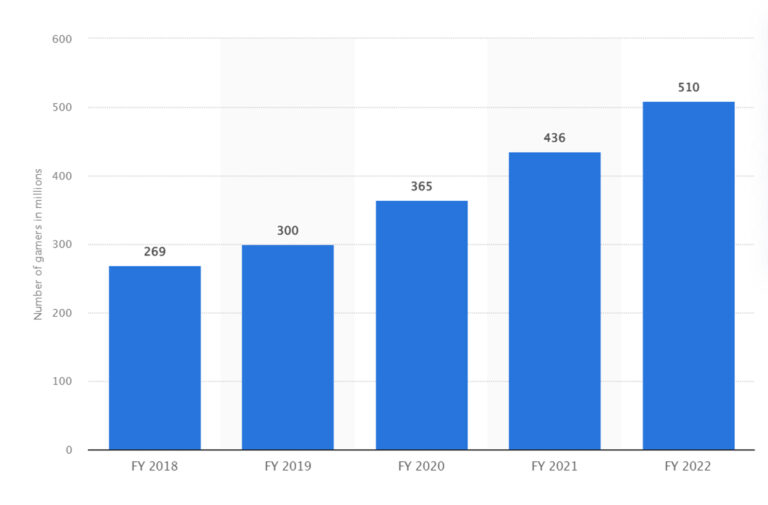 Why expand on the Indian market?

First, because it is a huge potential market, full of young people. With over 1.40 billion citizens and accounting for 1/6 of the world’s population, India is the second most populated country in the world. When it comes to the age of the population, more than 25% of the Indians are under 25 years old, and over 65% are under 35, many of them being extremely interested in technology.

In 2021, India had over 845 million internet users across the country and the number is projected to grow to over 1.5 billion users by 2040. As result, India ranked as the second-largest online market in the world in 2019, following China. 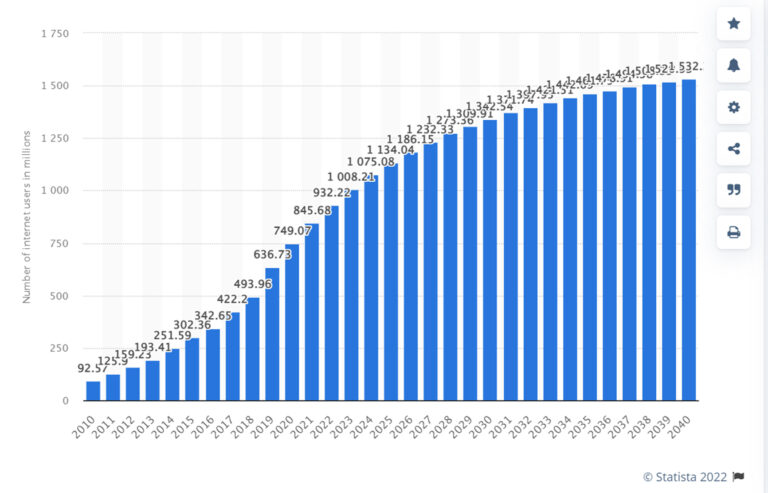 Having the number of smartphone users almost equal to that of internet users across the country, India is one of the fastest-growing mobile markets in the world. The cheap availability of mobile data, a growing smartphone user base along with the much greater use of smartphones compared to desktops and tablets are some of the factors contributing to the increase of mobile internet access in India. As a result, mobile gaming is the largest niche of the gaming industry in India.

Second, because the Indian mobile gamers are highly engaged:

Every month, Indian users download more than 1 billion apps from the Play Store. This fact alone makes the Indian market extremely attractive for both global and local game developers.

Indian gaming market at a glance

If in 2017, according to KPMG, the typical Indian gamer was a 24-year-old male, who was introduced to gaming by his family or friends. In 2021, InMobi states in their report that mobile gaming is popular across all ages, 43% of gamers being women and 57% men. This means that gender is not a barrier anymore in the gaming industry. Also, people come from different backgrounds – a sign that the landscape of the Indian mobile gaming market is changing.

For example, mobile game genres differ between age groups. Gamers from gen Z prefer to spend their time playing Casual, Arcade, and Card games, while Gamers from Gen X like to play Arcade and Casual but prefer Board games instead of Arcade games. Among Millennials, the most popular are Casual, Board, and Action games.

91% of gamers love playing. As result, 80% of the Indians are committed gamers and play a mobile game every day, 11% are regular games who dedicate their time at least once per week to play games, and just 9% are occasional gamers. 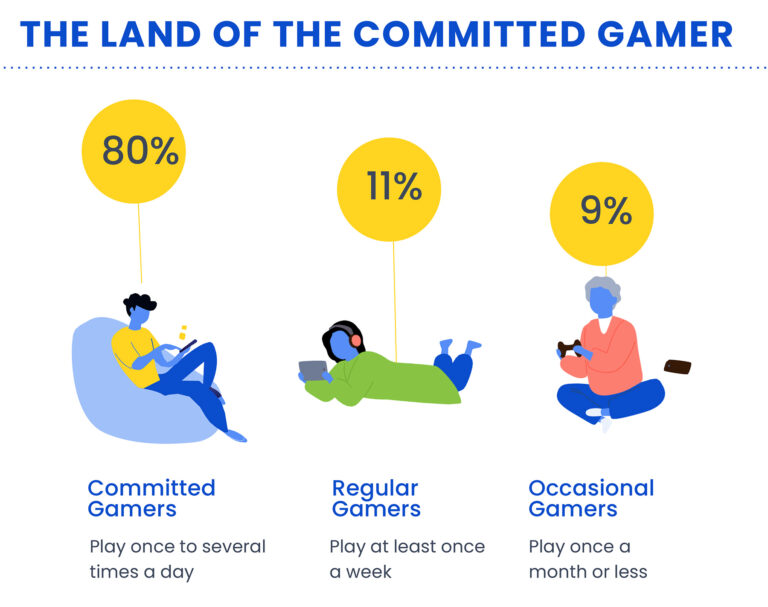 Which games prefer the Indians?

Generally, console games were developed for male teenagers, but restrictions in PC homes stopped them from spending more time playing games. With 387 million smartphone users, you can be sure that the Indian market is vast, including both young girls and boys, and seniors. Even mothers play mobile games and influence their children to do the same.

With a 95,06% market share, Android is dominating the Indian market, followed by iOS with 3,85%. Therefore, the Android games and apps are the keys to the Indian audience’s hearts.

As most Indian mobile gamers are beginners or play games for the first time, they tend to start with casual games. Adventure, action, casino, and puzzle are the most preferred genres. E-sports games are also gaining popularity, as in India were recorded 150.000 players in 2021, and their number is projected to reach 1.5 million by 2025. 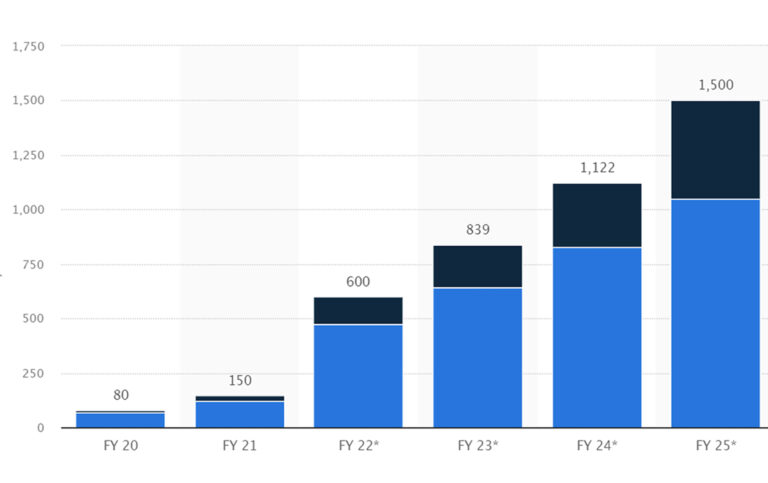 Due to the limited access to the hardware, VR gaming is evolving slowly, but AR (augmented reality) games are very attractive due to smartphone usage.

How to localize your game for India

Translate the game at least into Hindi

With over 259 million English speakers, the country has the largest population of English speakers in the world after the United States. Along with Hindi, English is one of the two official languages spoken in India, but not the most important.

In addition, according to EFI EP, English proficiency is moderate, the country ranking #48 out of 112 countries. 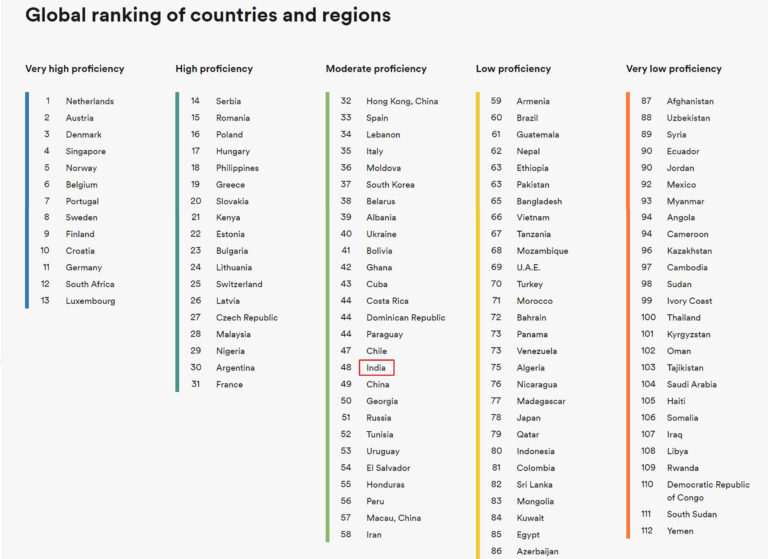 Hindi is the most spoken language in the country, with more than 43.63% of the total Indian population, and excepting English, it’s accompanied by other 21 officially recognized Indian languages, among which Urdu, Bengali, Telugu, Tamil, and others.

Given all this, English is not enough to attract the Indian gaming audience and conquer the market. Hindi internet users are most likely to outgrow English users by 2021. Now, only 1/5 of the rural population (mostly non-English speaking) is covered by the internet, and their fraction online will increase. It means that game development companies should diversify their linguistic portfolios.

Hindi is a must if you decide to localize your game in India. But if you aim at reaching millions of gamers whose mother tongue is neither English nor Hindi, your target languages should include Tamil, Kannada, and Telugu. Indians who speak those as their first languages are predicted to be the most digitally engaged.

In some cases, slang or so-called Hinglish (a mix of Hindi and English) can be appropriate and win over Indian gamers.

Localize your visuals for the Indian market (but don’t exaggerate)

To conquer the Indian public, cultural integration must be an integral part of the localization process. In India, the media and entertainment market is often dominated by the so-called ABCD categories: astrology, Bollywood, cricket, and devotion. And the gaming industry is no exception, so you should also consider applying the ABCD elements when adapting your game for the Indian market. In addition, considering the cultural context helps you to acquire users.

Here are a few examples of successful game localization.

The US company Zynga developed Rangoli Rekha: Color Match specifically for the Indian audience. Instead of just publishing another puzzle game, the game developers decided to use the Indian national elements. Therefore, they linked the game to Diwali, the Hindu festival of lights, and incorporated traditional rangoli patterns drawn to decorate the floors of most Indian homes.

Ludo King is another online multiplayer strategy game that became a hit in India in 2017. Based on the traditional Indian board game Ludo, it had more than 10 million daily active users and became the best board game on Google Play.

Subway Surfers developed by SYBO Games is an endless running mobile game that issued an update with Mumbai streets. The gaming developers also replaced the pumpkins and the Christmas trees from the original game with lotus, the national flower of India in the weekly hunts.

Even if most of the time changing the outfits and the names of the characters with the local ones is part of the process of localization, you also have to consider the context. This means that in India, due to the large number of English speakers, it can be ok if you keep the original names of the characters.

Clash of Clans became one of the highest-grossing games in India even if it didn’t include any national elements. The Indian gaming market has been dominated by Western publishers for so long, that the audience has become accustomed to the “west-like” games.

Pay attention to the sensitive topics

Although not as strict as the MENA region or Korea, India can be sensitive when it comes to historical information, religion, and national elements.

Despite all the problems, both in terms of the amount of money the gamers spend to play, the rate of internet penetration on the local market, and the market share of console games, India is considered a potential superpower in the gaming industry.

And even if the number of paid games is small, the segment will increase. Remember: the Indian market has so much potential that even if it is only a small number of people who pay to use the game, the total revenue can be considerable. Therefore, localization is a process that is well worth the effort to attract the right audience.